Tom Poole K.C. and Chloe Shuffrey (instructed by Edmans & Co) for the Claimant.

Ms Lesley Anderson QC sitting as a Deputy Judge of the High Court in the London Circuit Commercial Court:

Although the papers indicate that these are proceedings in the Financial List of the Commercial Court, the matter came before me sitting as a Deputy Judge of the High Court in the London Circuit Commercial Court. The Application was held remotely by Microsoft Teams.

Much of the factual background was not in dispute. The underlying claim was issued on 29 April 2020. The Claimant seeks to recover the sum of £101,394,000 from the Defendant pursuant to a written shareholder’s guarantee dated 1 November 2007 (“the Guarantee”). On the Claimant’s case, the Defendant (together with Georgy Yuryevich Trefilov (“Mr Trefilov”)) jointly and severally guaranteed the obligations and liabilities of MARTA Unternehmensberatung GmbH (“MUG”) to CF Structured Products BV (“CFSP”) pursuant to a loan agreement made between CFSP and MUG dated 21 October 2007 in a sum of USD 100m (“the Loan”). Until April 2008, the Defendant had been employed as Vice-President for retail of the Marta Group of companies which owned a chain of supermarkets trading under the Grossmart brand in the Russian Federation. The Capital for the Loan was provided by Ashmore Investment Management Limited (“Ashmore”) and CFSP, a special purpose vehicle, was appointed as the designated issuer of loan notes with a corresponding value of USD 100m (“the Loan Notes”) which were then placed with Ashmore. Deutsche Trustee Company Limited (“DTCL”) was appointed as the trustee of the Loan Notes pursuant to a Supplemental Trust Deed dated 1 November 2007 made between CFSP and DTCL. MUG defaulted on the Loan in 2008 and it was placed into insolvency process in early 2009 and then liquidated in 2017.

In around December 2013, Ashmore sold the Loan Notes to 515 Capital Limited (“515”) which then stepped into the shoes of Ashmore, including requiring the then trustee, DTCL, to take enforcement action against MUG and the two guarantors of the Loan. In March 2018, the Claimant replaced DTCL as corporate trustee and, as the title to the proceedings indicates, it brings these proceedings in its capacity as trustee of CFSP. Although at one point the Defendant had suggested that the true beneficiaries of any proceeds recovered by the Claimant were opaque, both parties proceeded before me on the basis that the principal beneficiary, after payment of the Claimant’s costs and taxes, is 515.

Returning to the procedural chronology, no acknowledgment of service was filed by or on behalf of the Defendant and pursuant to a request dated 23 September 2020, judgment in default was entered in favour of the Claimant in a sum of £101,404,140 (“the Default Judgment”) which was served on the Defendant on 29 September 2020. On 5 February 2021, the Defendant made an application to set aside the default judgment under CPR Part 13.3 (“the Set Aside Application”). According to the two, disjunctive limbs of CPR Part 13.3, the court may set aside a judgment in default if: (a) the defendant has a real prospect of successfully defending the claim or (b) it appears to the court that there is some other good reason why the judgment should be set aside or varied or the defendant should be allowed to defend the claim.

The Set Aside Application was heard by Stephen Houseman QC sitting as a Deputy Judge of the High Court in the London Circuit Commercial Court on 23 June 2021 and his detailed written judgment was handed down on 7 July 2021 with the neutral citation number [2021] EWHC 1853 (Comm) (“the Judgment”). The parties were represented by the same solicitors and Counsel as appeared before me. Unusually therefore in this type of application, I have had the benefit of being able to read and consider carefully that judgment and the Judge’s analysis of the evidence before him. I am particularly assisted by his account of the factual background in paragraphs [8] to [32]. It is not in issue before me that the Judge there correctly identified that the Defendant was seeking to defend on two distinct bases: first, the Defendant denied that the signature on the Guarantee was his (referred to in the Judgment as “the Forgery Issue”) and secondly, that the Guarantee was witnessed in his presence by a Ms Irina Lerner (known then by her unmarried name as Irina Kozlova) (“Ms Lerner”) (referred to by the Judge as “the Witness/Deed Issue”).

At [134], the Judge commented that the Defendant should be in no doubt that he had managed to set aside the Default Judgment “by the skin of his teeth”. 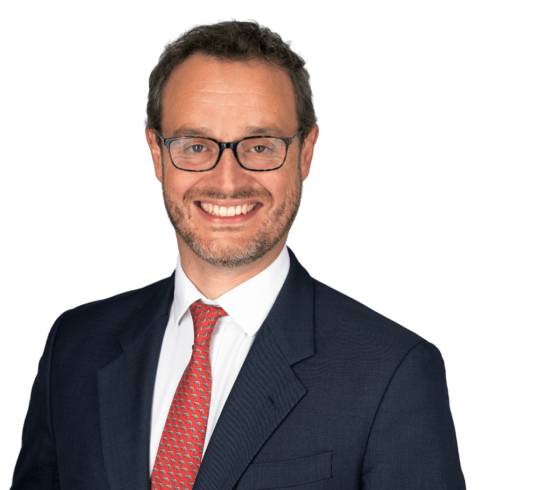